You are here: Home / Organize / How to Organize LEGOs Without Losing Your Mind

Learn how to organize LEGOs with simple and inexpensive products to create a system that’s easy for the whole family. Plus, get a free printable to help organize LEGO instruction manuals!

They are everywhere. They hide between rug fibers, fall through heating vents, get stuck in the garbage disposal, and appear on nearly every surface of my home.

LEGOs are at once the bane of my existence and my favorite way to buy 30 minutes of peace on a Sunday afternoon.

That is until a sibling squabble sends colorful bricks and tiny yellow people flying into the air.

When LEGO pieces are all over the house, they’re hazardous to my bare feet and useless to my kids. It’s not fun to start working on a project only to realize the piece they desperately want to use is nowhere to be found.

There are many easy ways to organize LEGOs, but most of the options I found involve using power tools to create a DIY solution or sorting LEGOs by color.

I just want the damn LEGO mess off my floor and my kitchen counters. I don’t have time to build something fancy, and the mere thought of sorting hundreds of LEGOs by color gives me (more) gray hairs.

Related Reading: 10 Clever LEGO Display Ideas That Will Show Off Your Kid’s Creations

How to Organize LEGOs Once and For All

This post contains affiliate links that connect you to relevant products. If you click and make a purchase, I may make a small commission at absolutely no extra cost to you. For more information, see my disclosures.

How many times have you organized the playroom, only to have your efforts go to hell because no one (besides you) puts stuff back where it belongs? Chances are you organized based on your dream situation and not reality.

Dream: The kids play with the playroom and neatly sort all the LEGO pieces by color into color-coded bins.

Reality: The kids play with LEGOs everywhere, but mostly in my son’s bedroom and rarely in the playroom. My LEGO-loving oldest has a hard time putting anything away, so it’s unrealistic to expect him to clean up extra pieces by color.

After more failed organization systems than I care to count, I recently realized this:

If you don’t organize with your family’s needs, desires, and abilities in mind, your system is doomed to fail.

Ask yourself these questions before you start organizing all the LEGO parts:

Where do your kids play with their Legos?

Where do they want to play with their Legos?

My son agreed that his bedroom’s a sensible spot to store and organize LEGOs – at least the more “grown-up” sets. We put Duplo Legos in another spot – more on that later).

Sick of stepping on Legos but can't bear the idea of sorting those tiny bricks? Try this instead.Click to Tweet

After asking both kids for their opinions, here’s how we now organize and store LEGOs at our house. It’s fast and easy!

Yep, that’s right. We’ve found that the best way to organize LEGOs is by barely organizing them.

His room is small, so I created my own LEGO storage box with a clear under-bed storage bin to contain the mess.

I went room to room gathering every single LEGO I could find and brought all of them upstairs to my son’s bedroom, and then sorted them into three categories based on what my son cares about:

Two small plastic bins keep the people/animals and small special parts separated from the jumble of other bricks and abandoned creations. My six-year-old and his four-year-old sister agreed that it’s ok to keep both of their LEGO sets together (sibling agreement is a wonderful and rare thing!).

How to Organize Duplo LEGOs

All their Duplo Legos are now in one big bin in our IKEA Trofast storage system in the playroom. The bin is manageable for my oldest to carry upstairs when he and his sister want to use them.

How to Organize LEGO Instruction Manuals

All the Lego instruction manuals are in plastic sheet protectors inside a three-ring binder on my son’s bookshelf.

Why This LEGO Storage System Works

Related: 10 Clever LEGO Display Ideas That Will Show Off Your Kid’s Creations

LEGO Storage Ideas that will Control the Chaos

While we’re happy with our simple LEGO organizer, if you want to sort the bricks even more here are some additional storage options. Just click on an image to shop for the product.

Organize LEGO manuals! Just paste this free printable on the cover of your LEGO instruction manual binder, or slide it under the binder’s plastic cover. 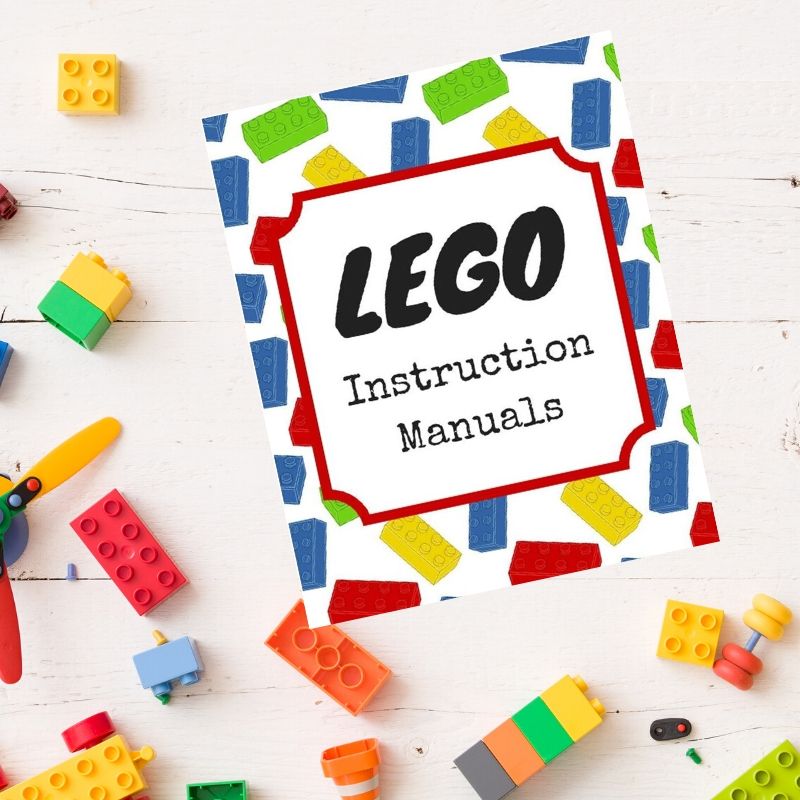 Keep LEGO instruction manuals organized in a binder! Sign up to get this free printable binder cover plus access to many others in my resource library!

This printable and many others are available exclusively for subscribers of The No Pressure Life newsletter!

It’s such a relief to know that all their building bricks have a home, instead of fifteen half-empty storage bins and broken cardboard boxes! Because we organize LEGOs a simple way, the whole family can easily help maintain the system.

Are you ready to round up the bricks and save your bare feet from further injury? Tell me how you control the toy chaos in the comment section below!

Check out these other ideas: 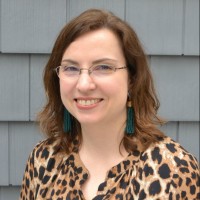 I'm Laura, a mom of two little humans and one furry rescue pup. As a full-time working mom, I understand how tough it is to keep your home looking nice and functioning well while juggling everything life throws at you. Check out my organization tips, decor ideas, and quick crafts that will help even the busiest mom feel more in control of her home.

I'd love to hear from you! Please keep comments respectful. Cancel reply

This site uses Akismet to reduce spam. Learn how your comment data is processed. 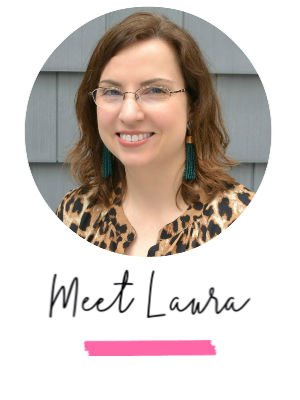 I'm a working mom of two who loves making something from nothing, rearranging furniture, and finding a place for everything. Come learn more about me and my journey to a less-stress life!

Get exclusive access to my library of free printable art, stationery, and more! Plus, receive the (almost) weekly newsletter with tips not seen on the blog. 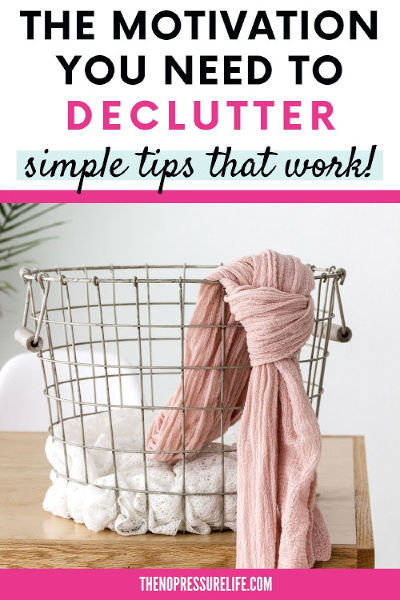 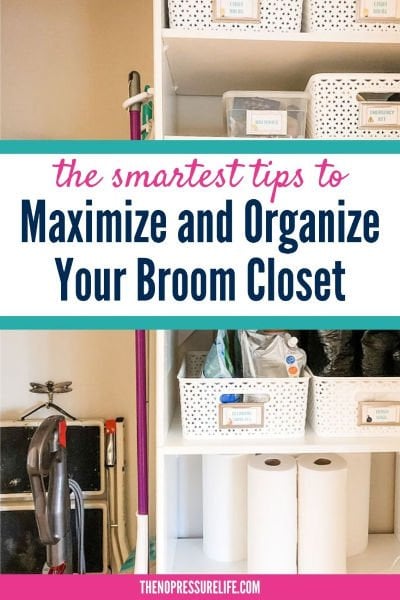 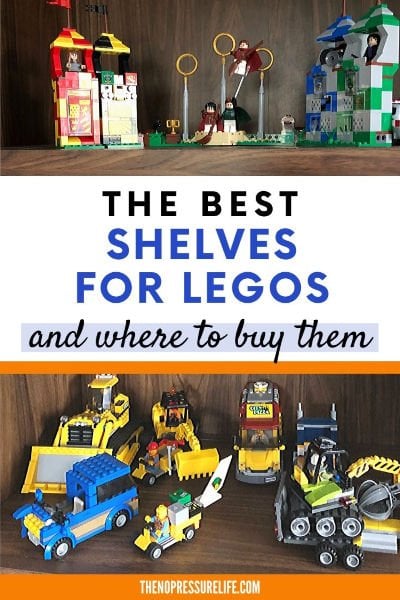 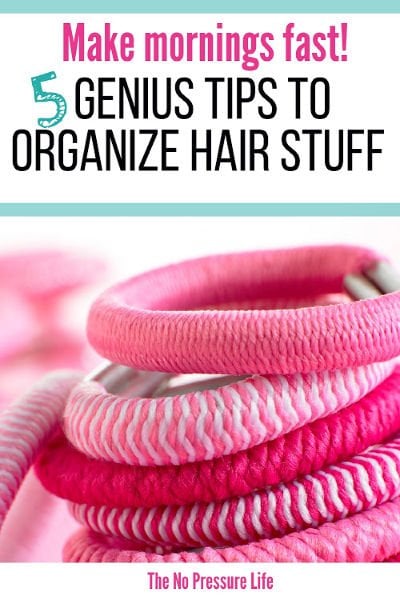 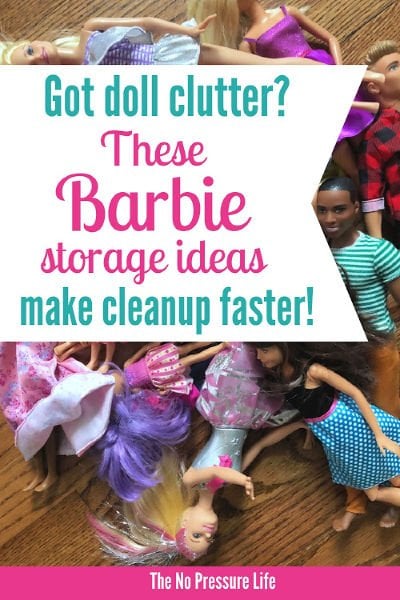 I’m a participant in the Amazon Services LLC Associates Program, an affiliate advertising program designed to provide a means for sites to earn advertising fees by advertising and linking to amazon.com. As an Amazon Associate, I earn from qualifying purchases at no cost to you whatsoever.

All text and images on this site are the property of The No Pressure Life unless otherwise credited. Use of photos or text on this site is prohibited unless I provide express written permission.  Questions? Drop me a line.

No spam here! See my full privacy policy here to understand how The No Pressure Life collects and uses data.

35+ FREE printables to celebrate, decorate, and organize your home. Want in?

Subscribe to get the password for my library of pretty printables, plus my newsletter with practical home tips.